Like many European cities, Prague has a very rich cultural heritage! Being nicknamed “the City of a Hundred Spires,” you can already expect its abundance of historic castles, squares, churches and towers!

But wait there is more… in addition to its many historic sights, Prague also is famous for its lively party scene. Combine this with its relatively low prices and it is no wonder that Prague is a famous (stag or hen) party destination, we will get to this later… Let’s first discover the medieval beauty, via Prague’s its top sights!…

I visited Prague with four friends and must admit a strong emphasis lay on exploring the nightlife. However, we did explore the city as well as…Ghost around the Globe style… In case you do not have much time, and are quick on your feet you can ‘easily’ see the below highlights in a day… Then again, for some of my travel companions, this was a bit fast! Therefore, I recommend spending at least 2 or 3 days to fully enjoy at a more easy pace. Let’s get started with my Prague Top 10…

One of the most impressive bridges in Europe, if not the World, is by no doubt the Charles Bridge, crossing the Vltava river in the centre of Old Prague. Its construction started in 1357 under the auspices of King Charles IV and finished at the beginning of the 15th century. The bridge was the most important connection between Prague Castle and the city’s Old Town and adjacent areas. This ‘land connection’ made Prague important as a trade route between Eastern and Western Europe.

The bridge is protected by impressive gate towers and is lined with various statues of saints. 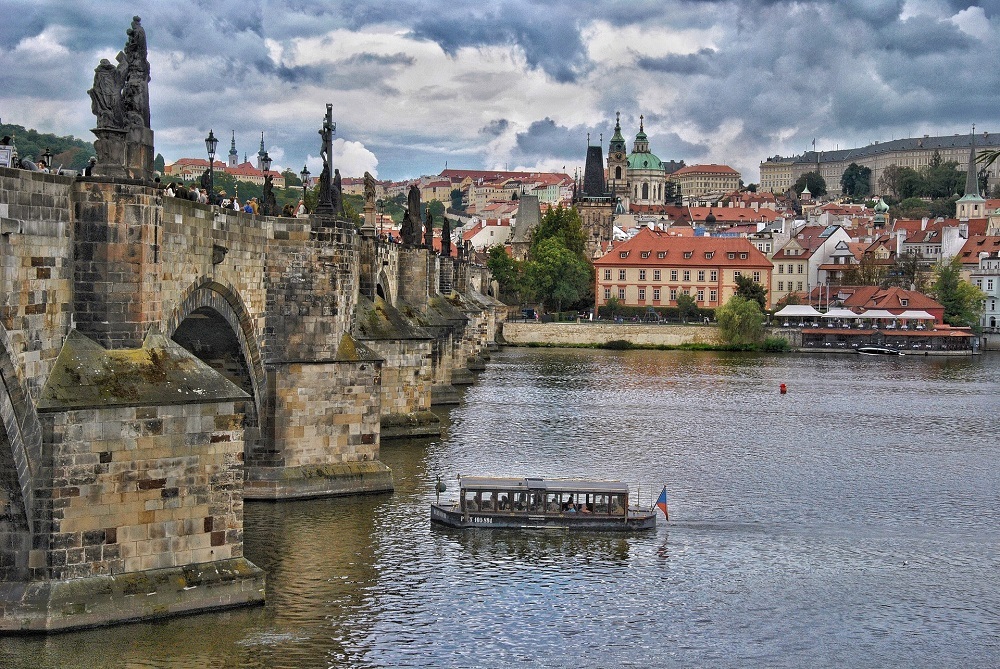 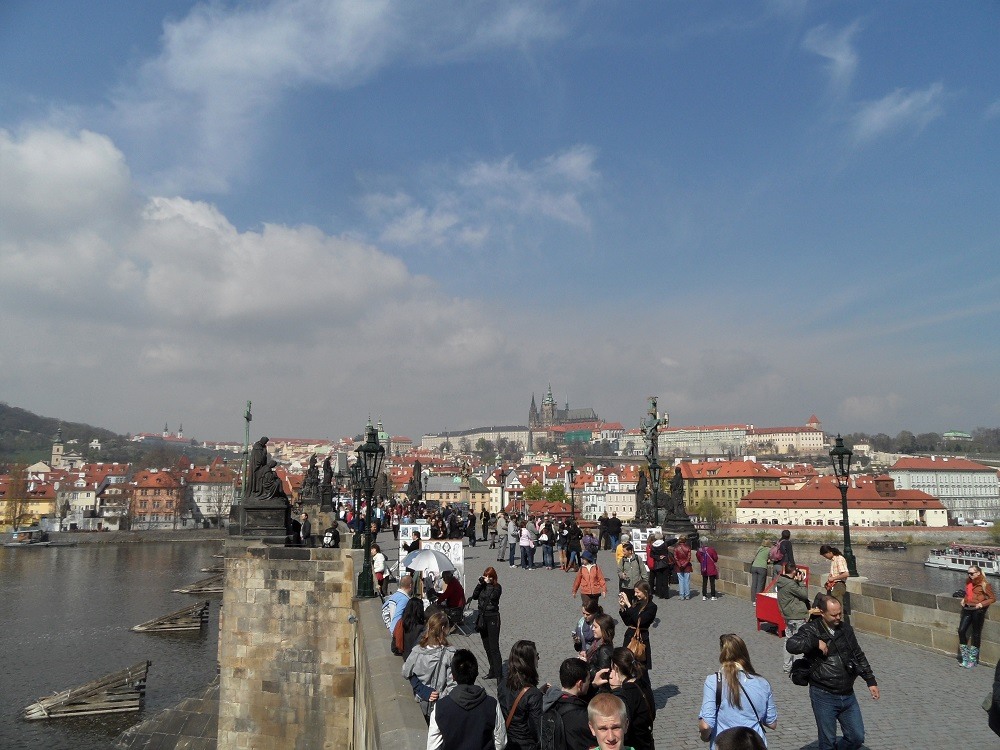 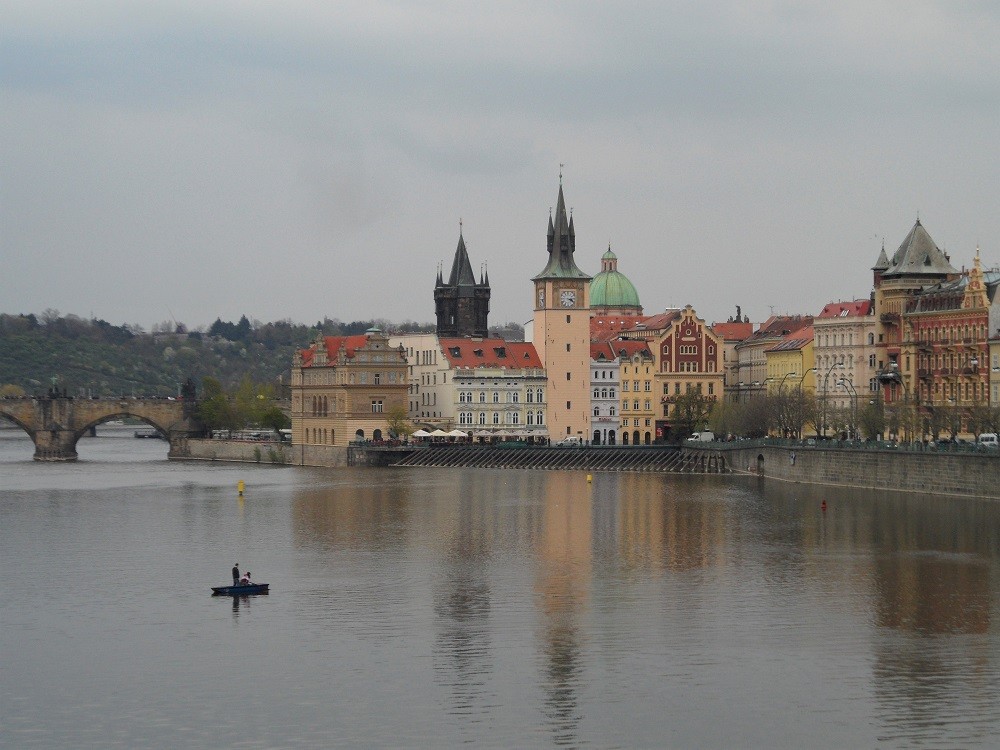 Prague Castle complex was built in the 9th century. It is the official office of the President of the Czech Republic. The castle was a seat of power for kings of Bohemia, Holy Roman emperors, and presidents of Czechoslovakia (before Czechia and Slovakia split up, do also read my post on Bratislava, the capital of Slovakia).

Prague Castle offers an ideal viewpoint over the old city and it is clear why the city got the nickname ‘city of a hundred spires’, as you see spires from churches, gate towers and other historic buildings everywhere!…. 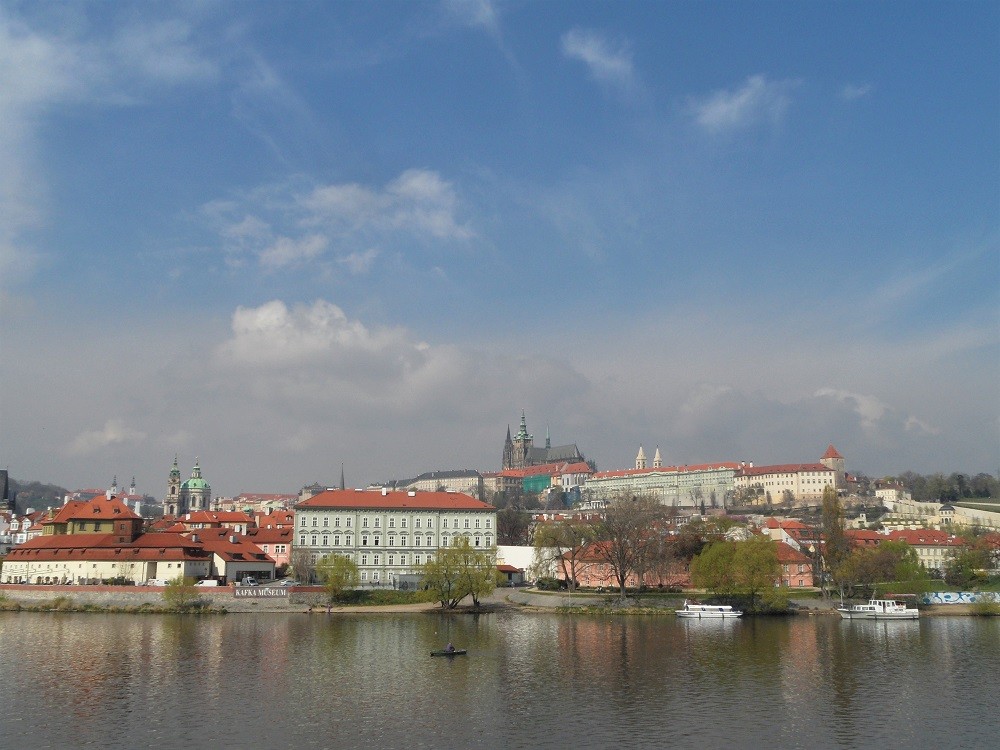 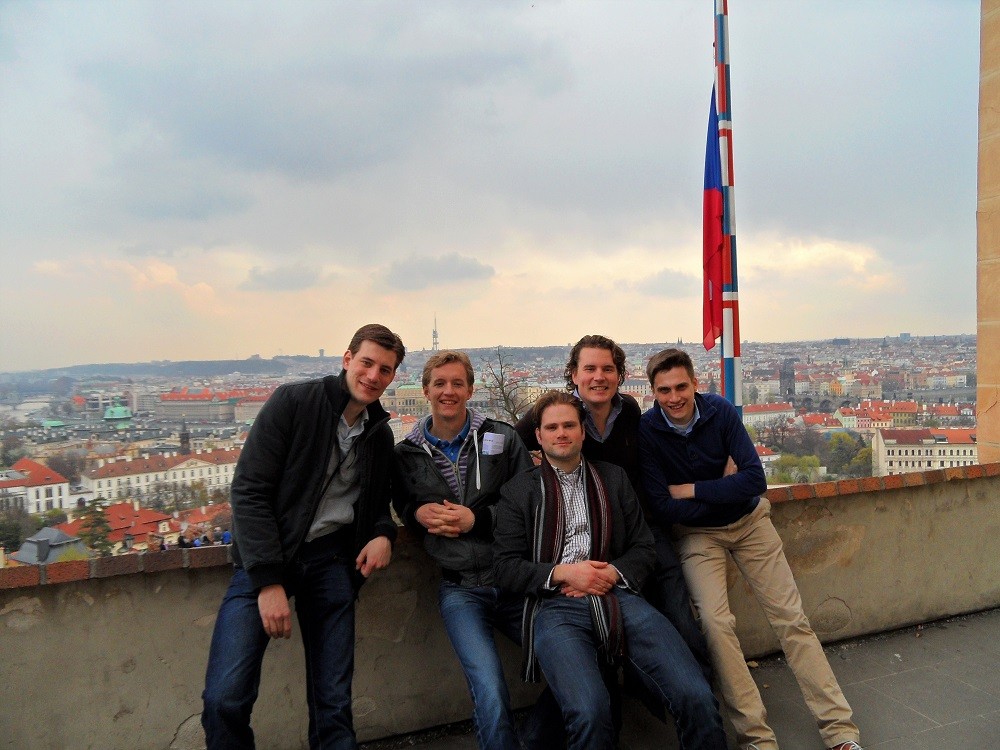 Staying within Prague’s castle complex, let’s visit the Golden Lane. This street was originally built in the 16th century, to house Rudolf II’s castle guards, it takes its name from the goldsmiths that lived there in the 17th century.

Golden Lane consists of small houses, painted in bright colours in the 1950s. The street is part of the castle grounds (accessible by paying a fee). It is free to enter after the Prague Castle interiors close.

Many of the houses are converted to souvenir shops, and there is a museum of medieval armoury within the former 14th-century fortification accessible from Golden Lane.

A sister of writer Franz Kafka rented house number 22 in the summer of 1916; Kafka used this house to write for approximately one year. 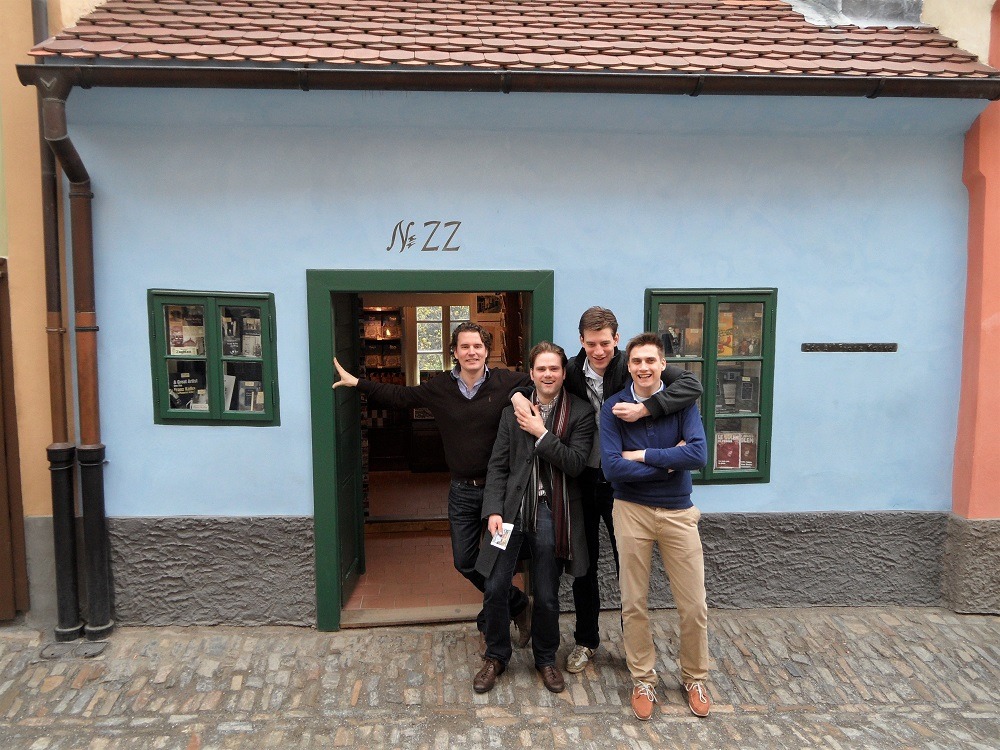 Time to cross Charles bridge again back to the centre of Prague’s old city centre, where we find another highlight: Old Town square.

The square features buildings belonging to various architectural styles, including the Gothic Church of Our Lady before Týn, the Baroque St. Nicholas Church, Kinský Palace and the Old Town Hall. 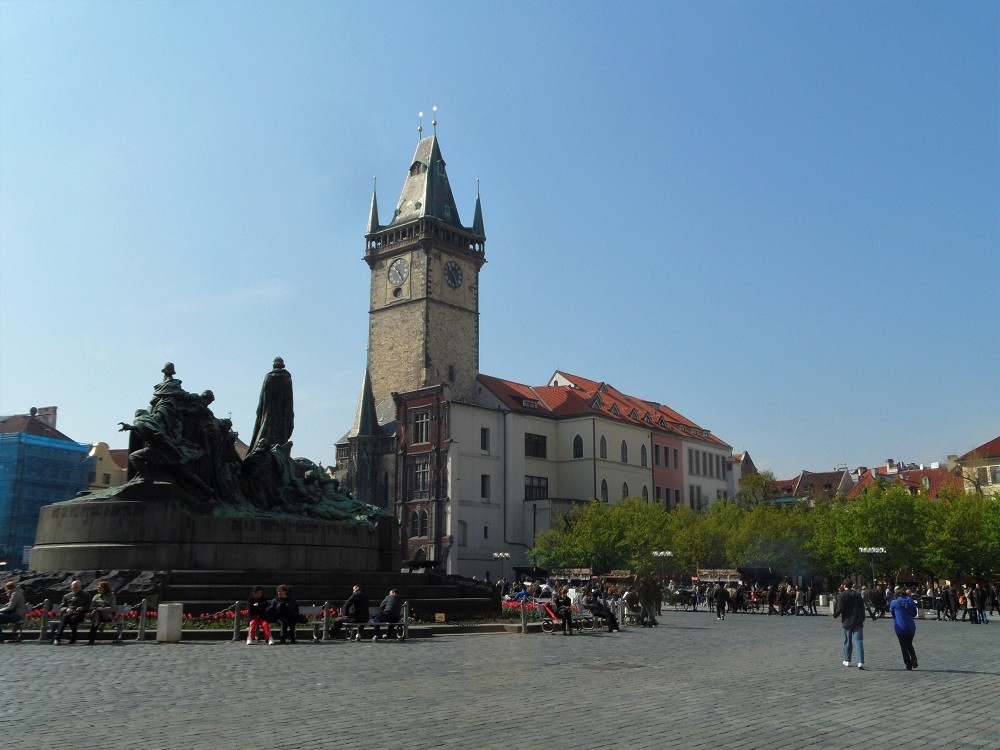 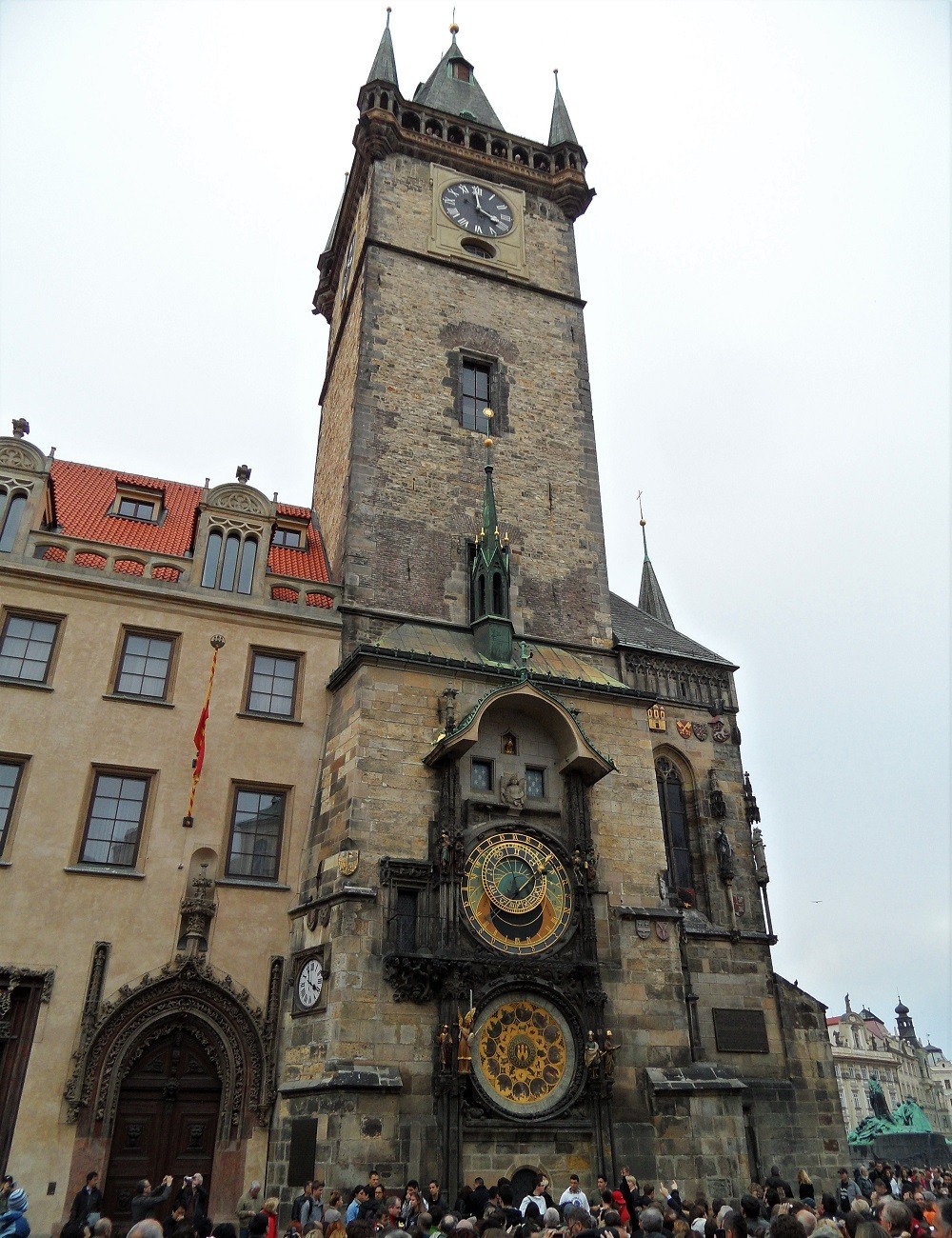 The Powder Tower or Powder Gate is a Gothic tower is one of the original city gates. It separates the Old Town from the New Town. 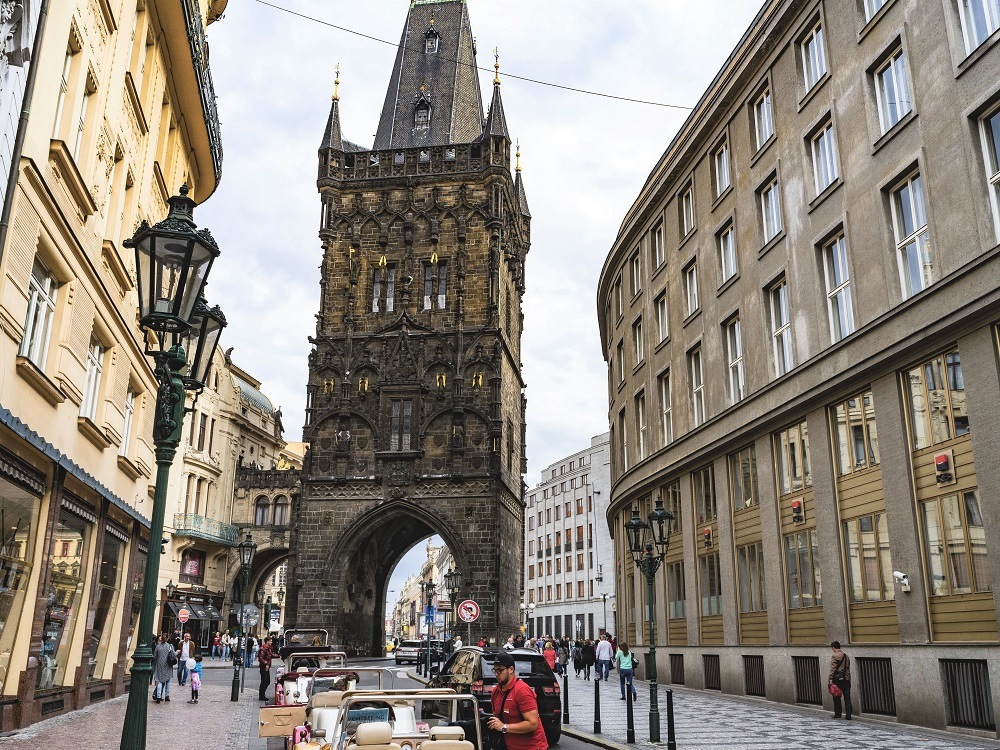 The impressive St. Vitus Cathedral is a prominent example of Gothic architecture and is the largest and most important church in the country. 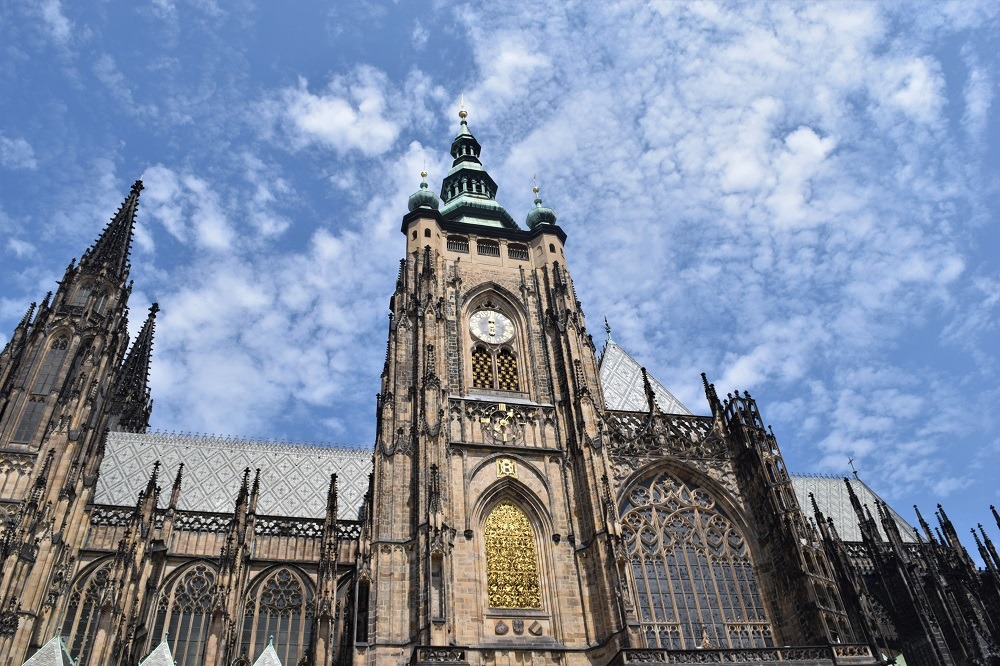 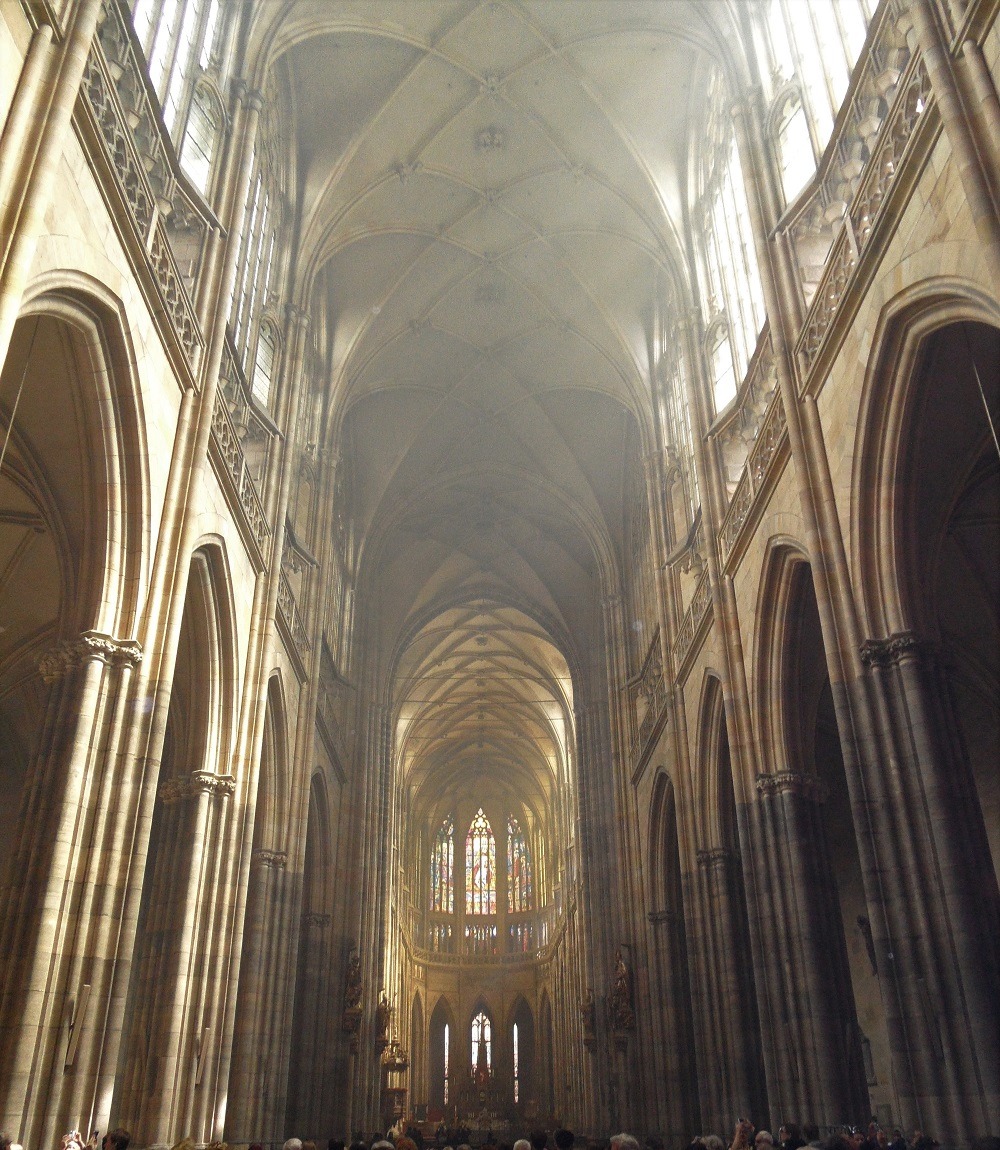 We travelled with a friend who has a particular interest in Jewish sights. Hence, a visit to the Old Jewish Cemetery was a must-visit. Also for people with less interest in Jewish heritage, I would still recommend visiting as it is one of the largest of its kind in Europe, as well as one of the most important Jewish historical monuments in Prague. Very interesting to see all the gravestones placed so close to each other… It is also featured in Umberto Eco’s book The Prague Cemetery. 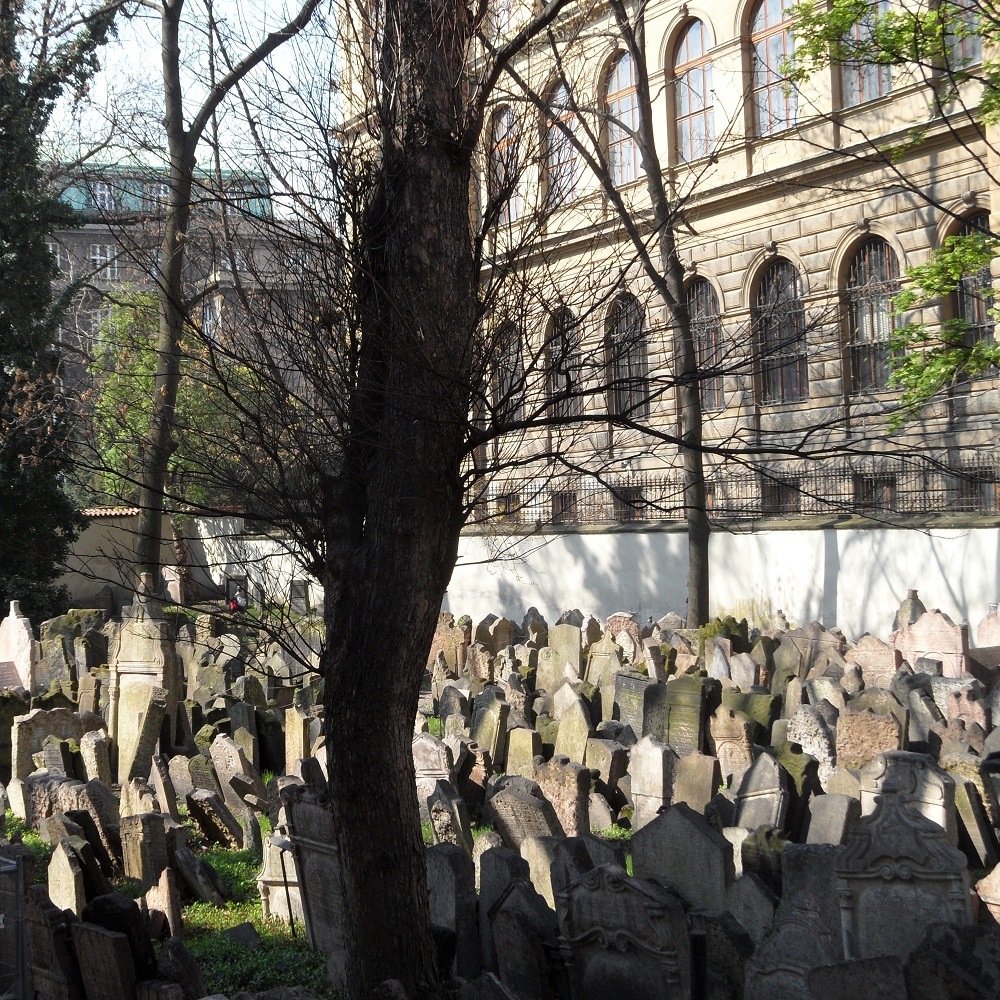 Green Kampa Island houses a park, a museum and various other buildings of interest. What I like the most about it is the artificial canal surrounding it, called the ‘Devil’s stream’. It provides a very idyllic photo stop!… 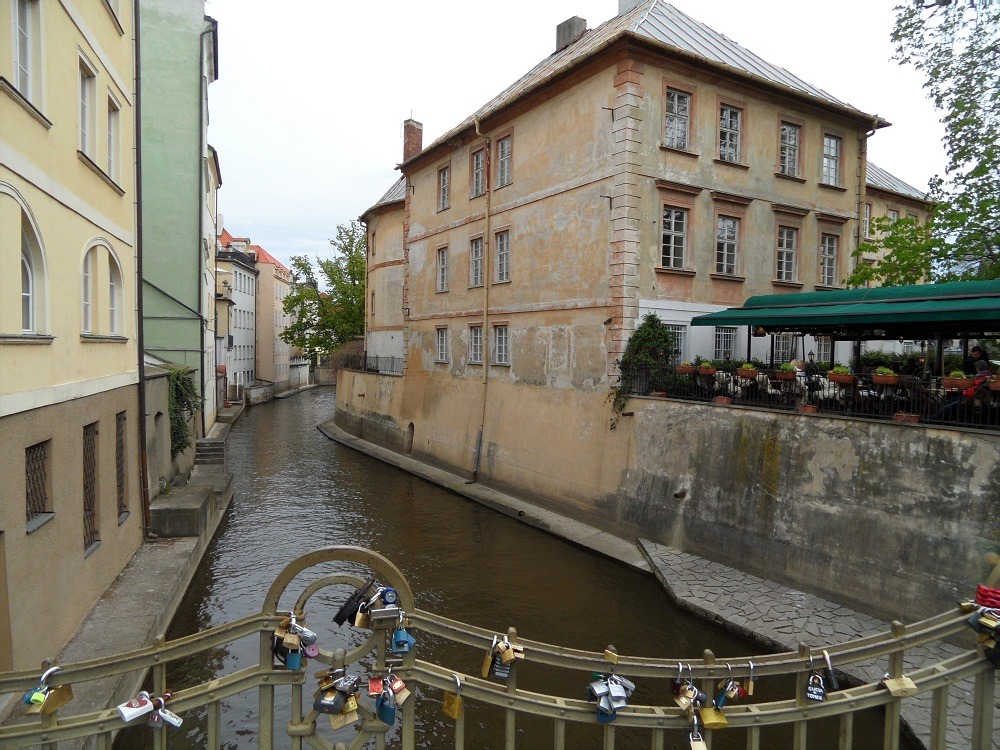 Amidst all the historic sights, there is still room for modern architecture. Personally I am usually not a big fan of modern architecture in old historic centres. I prefer it when cities try to keep their heritage intact, stay unspoiled and restore whereever it is required. No surprise that the non-traditional design of the Dancing house was controversial at the time because the house stands out among the Baroque, Gothic and Art Nouveau buildings for which Prague is famous.

Then again, the dancing house is a nice piece of architecture and makes a nice modern architectural addition to Prague. 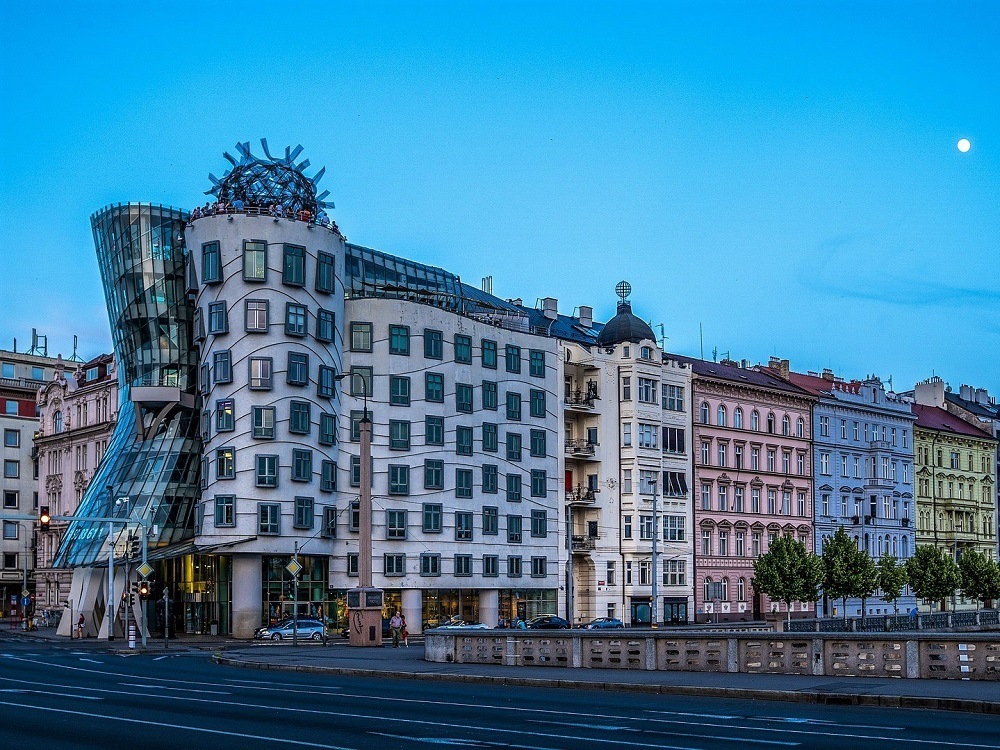 10.  Explore the nightlife of Prague

Already briefly mentioned in the introduction, next to the rich cultural heritage another Prague exists, that of the nightlife. Due to the relatively low prices of Czech Republic (although slowly levelling to other European capitals) Prague has been a big draw for weekend getaways. This has established a strong focus on bars, pubs and (in the more grey area) its strip clubs and red-light entertainment. Coming from The Netherlands ourselves we could not be too much bothered with the latter. However, we did explore the bars, pubs and restaurants!… 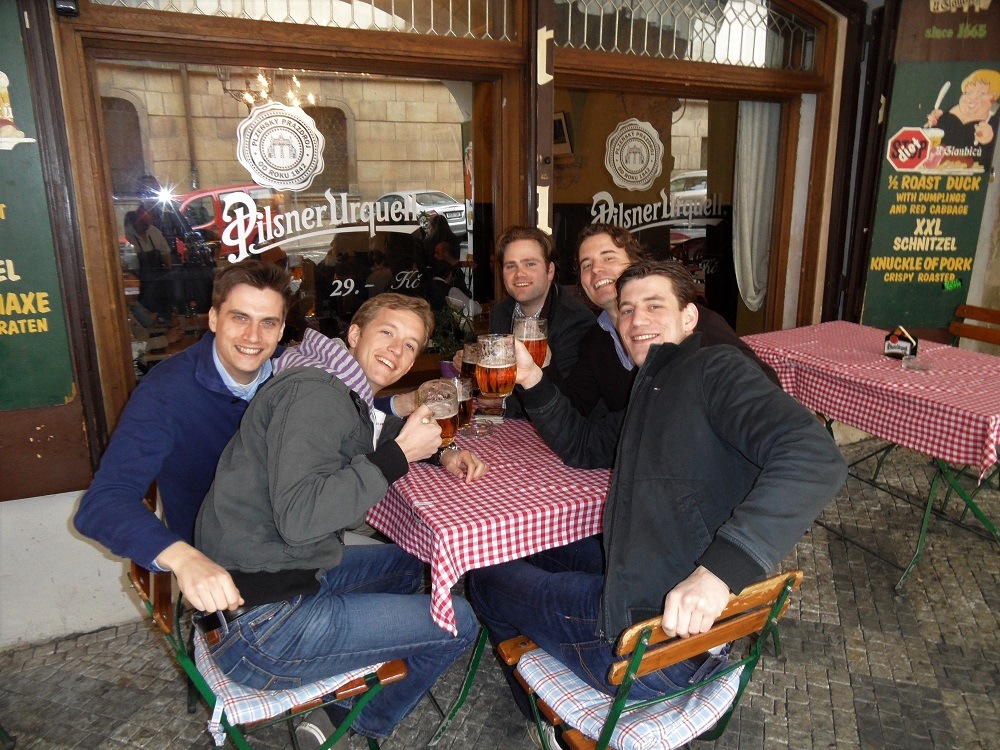 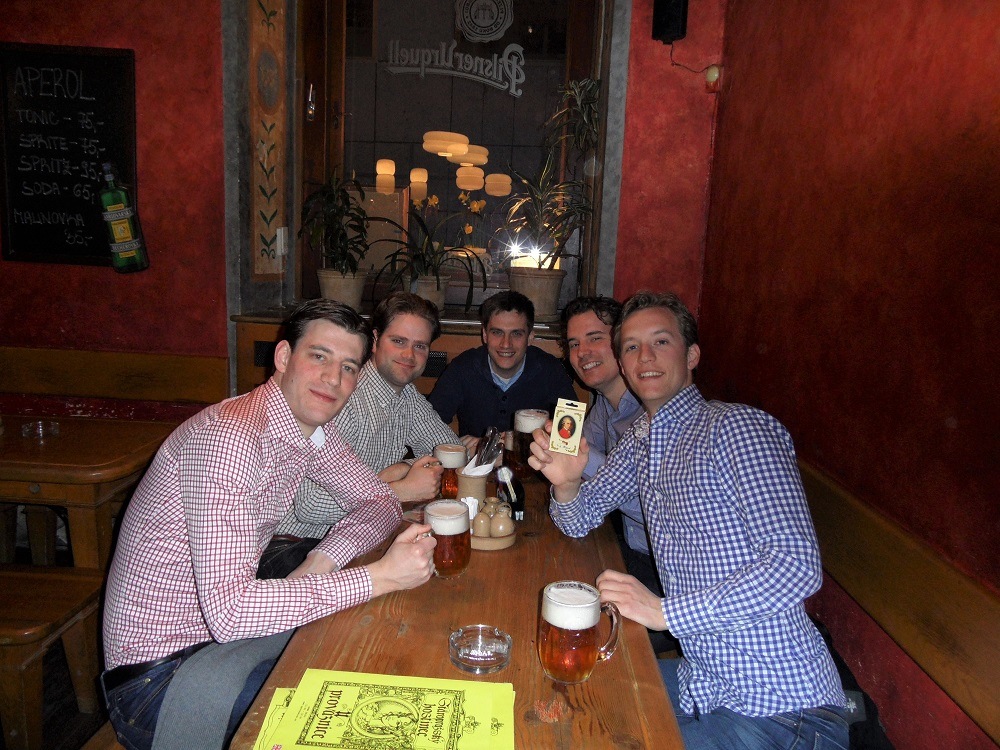 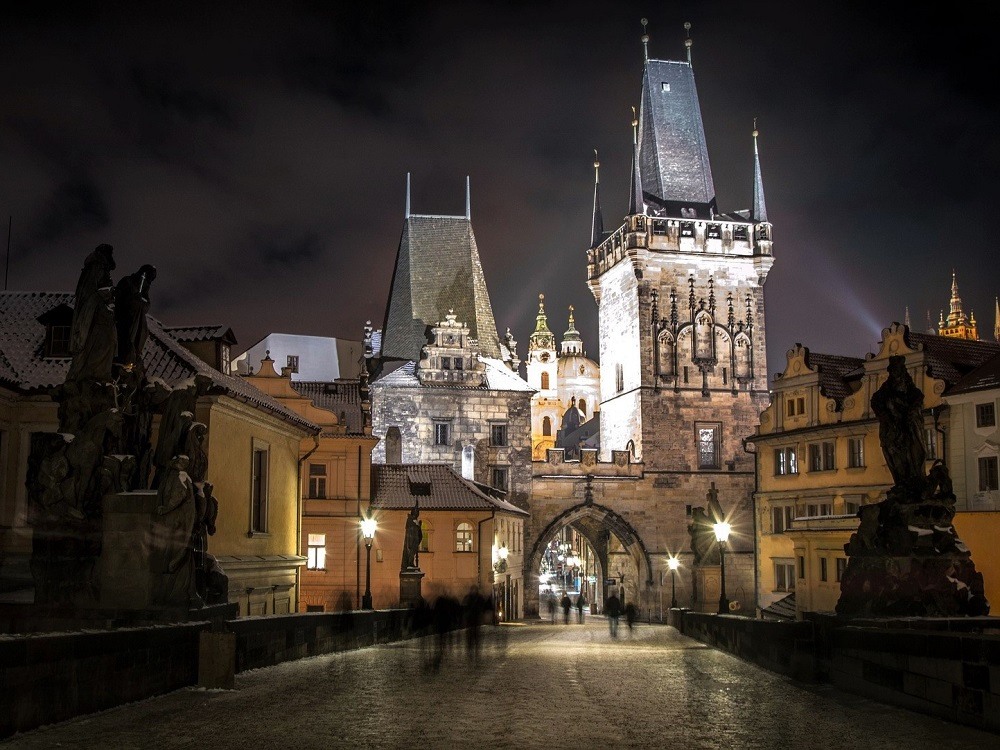 This brings an end to our Ghost around the Globe adventure in Prague!… In case you visit Prague as part of your Eurotrip (like the movie)… Then do also check out my posts on Bratislava, Vienna, Berlin or Budapest!…

How to travel to Saudi Arabia as a Tourist
8 Reasons to visit Ha Long bay
How to apply for a Saudi Transit Visa
Ultimate 5 day Lebanon itinerary
Zanzibar and amazing Cheetah’s Rock
Explore Sapa Valley by moped
Hanoi: Vietnam’s bustling heart
How we traveled to the Seychelles for free!
Wadi Rum Mars Camp experience
Komodo: the last place to meet dragons