Phnom Penh is the capital of Cambodia. Apart from various temples it’s key sights mainly remind you of its horrific Khmer Rouge era. In search of more “equality”, Pol Pot changed the country into a communist farmer state. During this period millions of its (generally more educated) citizens were killed. The capital was abandoned and the majority of the population was forced to work the fields in harsh conditions. Phnom Penh’s sights remind us how a country can quickly transform itself into a nightmare. Even during relatively modern times between 1975-1979.

This former school building is the first must-visit of two major museums to learn about the history of the Khmer Rouge. This museum of Genocide shows how the school was transformed into a centre of interrogation, torture and execution. The centre was called S-21 by the Khmer Rouge regime. Of the estimated 15.000 to 30.000 prisoners only 7 survived. Given that the Khmer Rouge photographed the majority of its inmates, you are able to see around 6000 S-21 portraits across the walls.

As soon as the Khmer Rouge regime was overthrown and the building was discovered it has been kept as is, including the torture equipment, fences, etc. This still gives it a sinister feel. Hence, it definitely does not feel like a school anymore.

Top Tip: Do read the book First they killed my father. This book describes how Khmer Rouge came to power and completely destroyed the country. You can find this book in many bookstands throughout Cambodia and the wider South East Asia region. 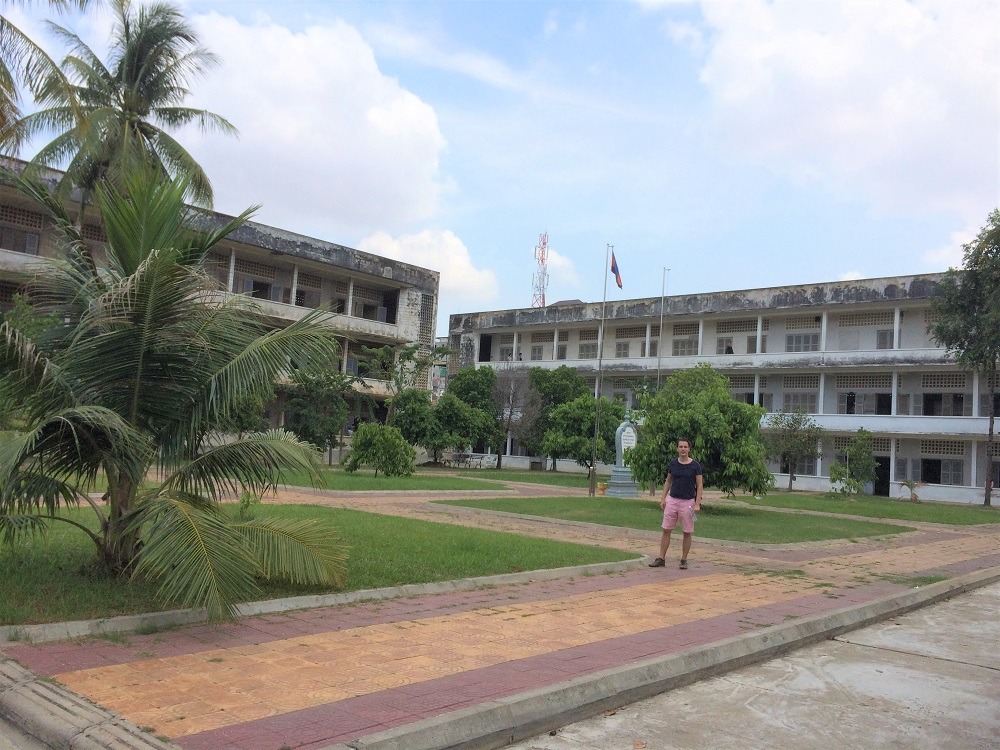 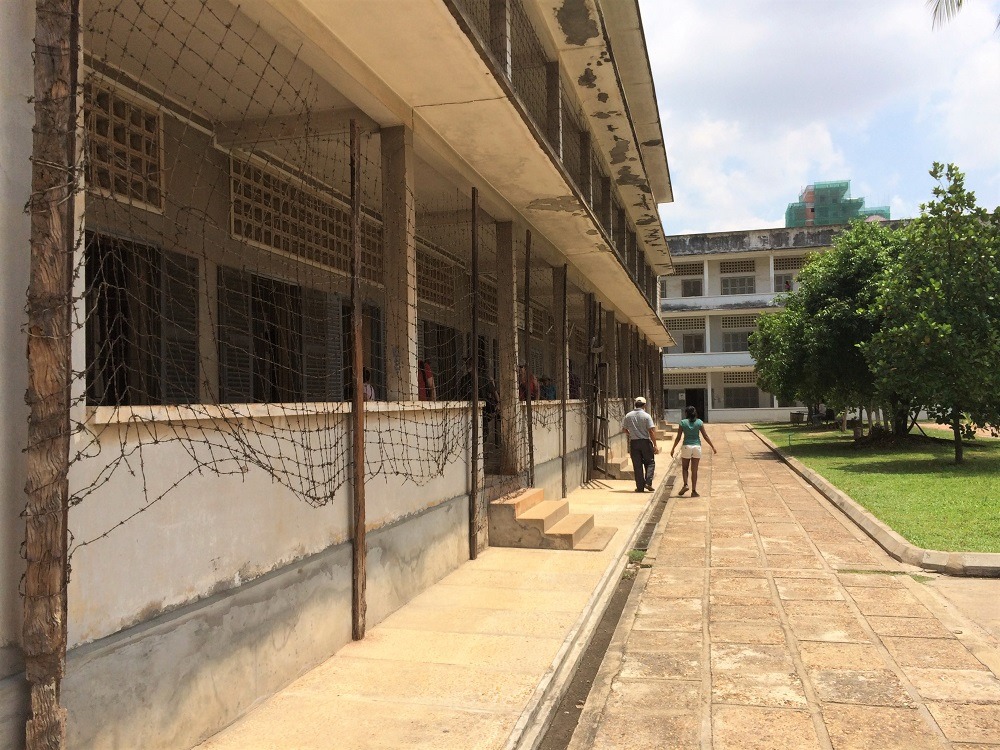 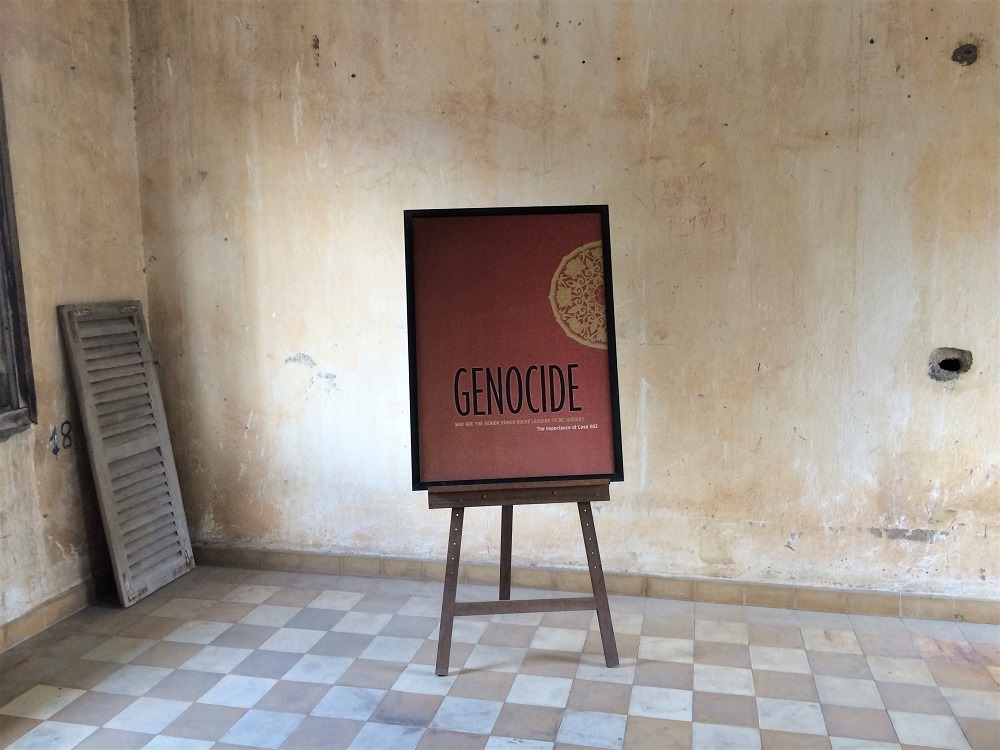 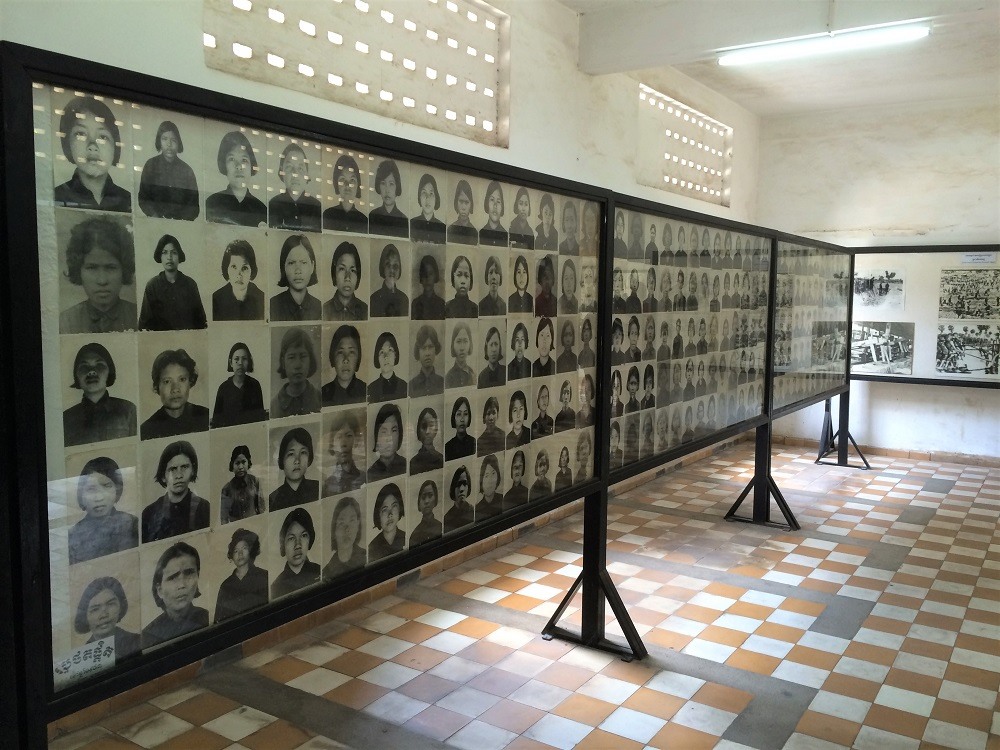 The Choeng Ek killing fields can be found 15 kilometres from Phnom Penh. This is the second must-visit museum. Also as this is where most of the S-21 Prisoners were taken to be executed and disposed of in over 129 mass graves. Estimations show that around 20.000 victims found their final resting place here. The site has been transformed into a memorial, showcasing the skulls and bones in the centrepiece stupa.

Especially after visiting S-21 these killing fields make you realize how cruel humanity can be. It is a place of silence and reflection. We need these places to learn from history, so definitely go experience and show your respects to the victims of this tragic era.

This place also made me realize how contrasting that fairly recent era must have been with current joyful Cambodia. All the people I met were so friendly and helpful… It makes you wonder how resilient these people are… how is it possible that they are the (family of) Khmer Rouge survivors?

Top Tip: For the “best” experience, do visit the Tuol Sieng S-21 museum first and then visit the Choeng Ek killing fields. This will give you the background and, unfortunately, provides a chronologic run through of events. For even more useful background, watch a documentary on Khmer Rouge. Many hostels and restaurants display documentaries for free or a small fee! 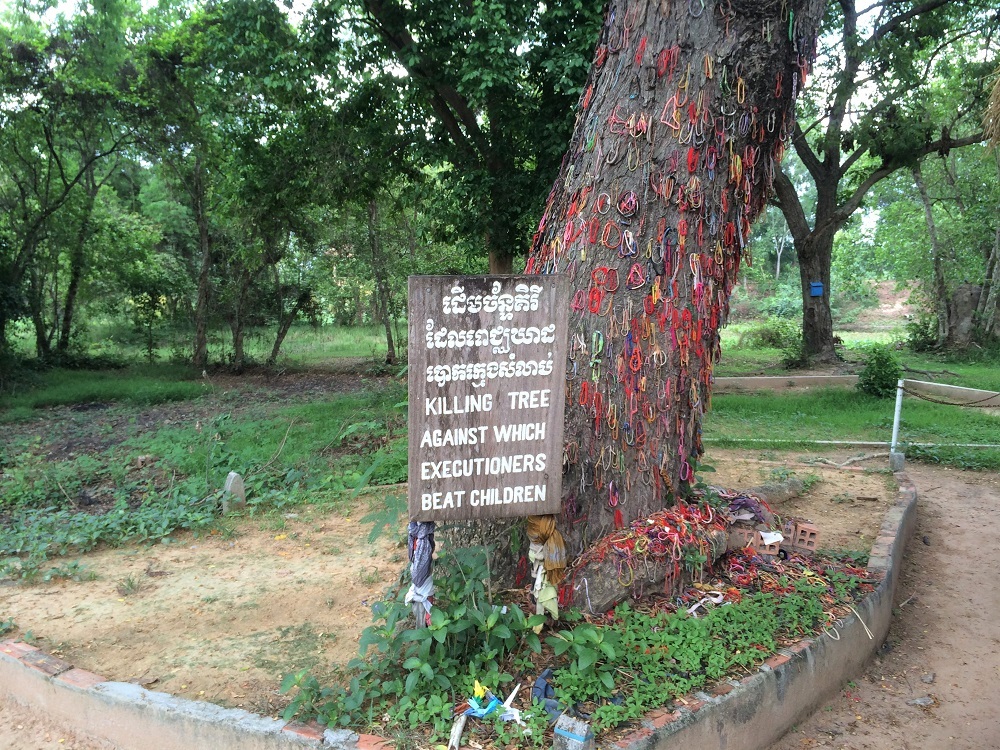 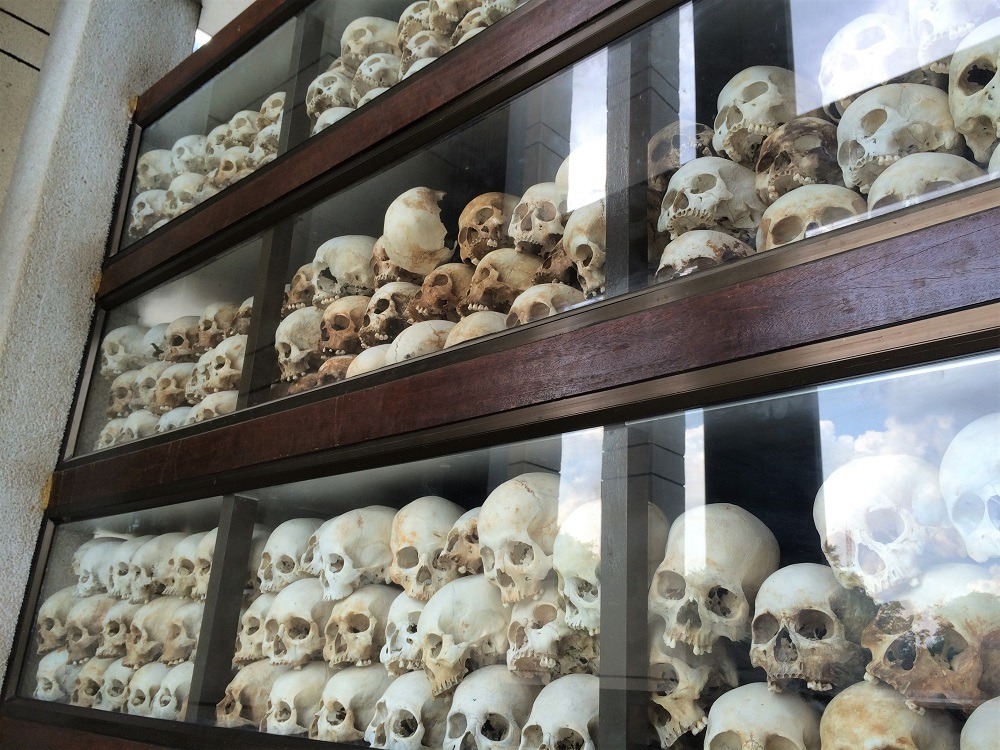 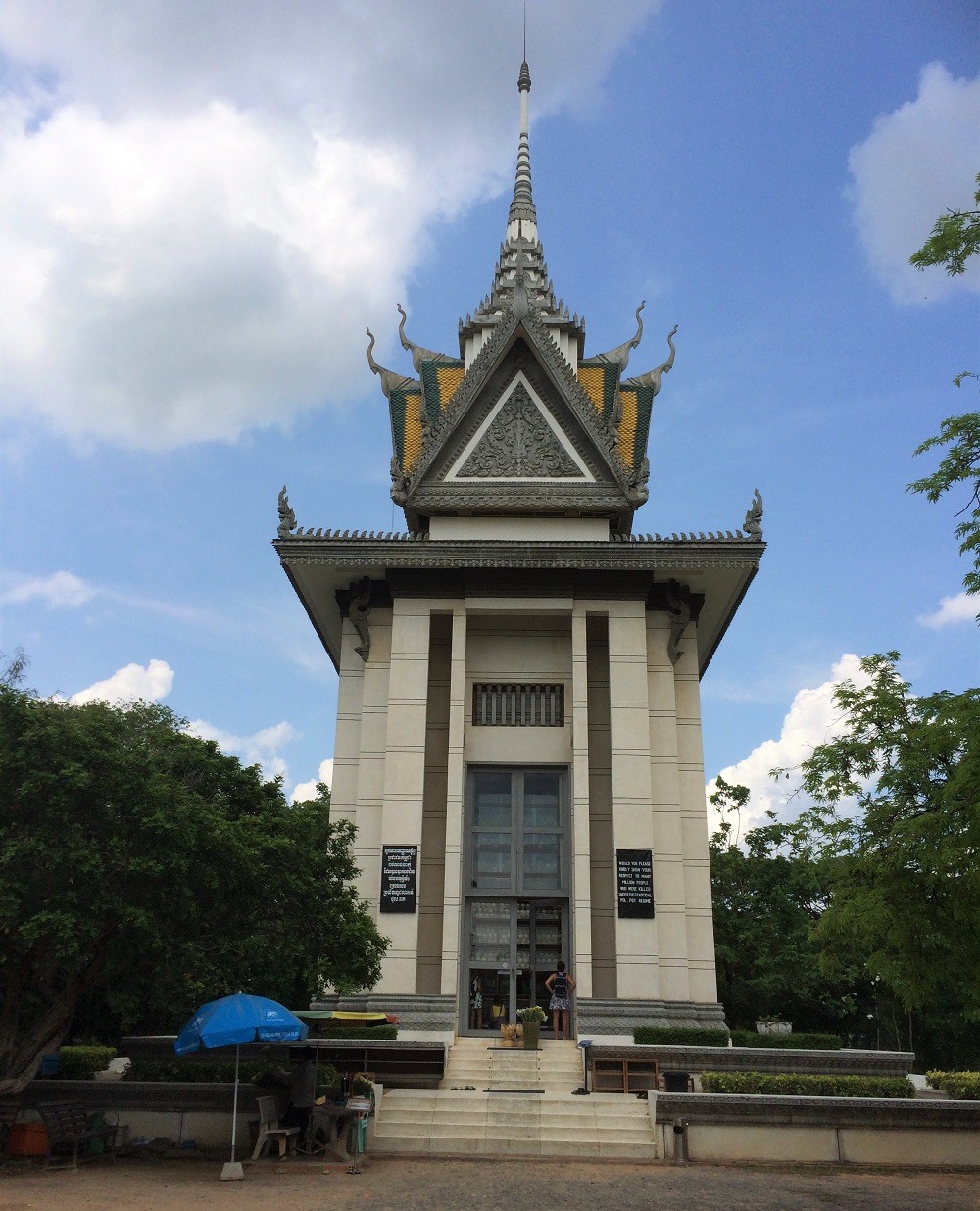 Fortunately, Phnom Penh is not all about genocide and despair. The city also offers beautiful sights from its rich historic past. Do check out the Royal Palace, with its stunning gold plated roofs and beautiful gardens. It looks very similar to the Grand Palace in Bangkok.

Also, do pay a visit to the largest religious structure; Wat Phnom! Beware of the monkeys!… 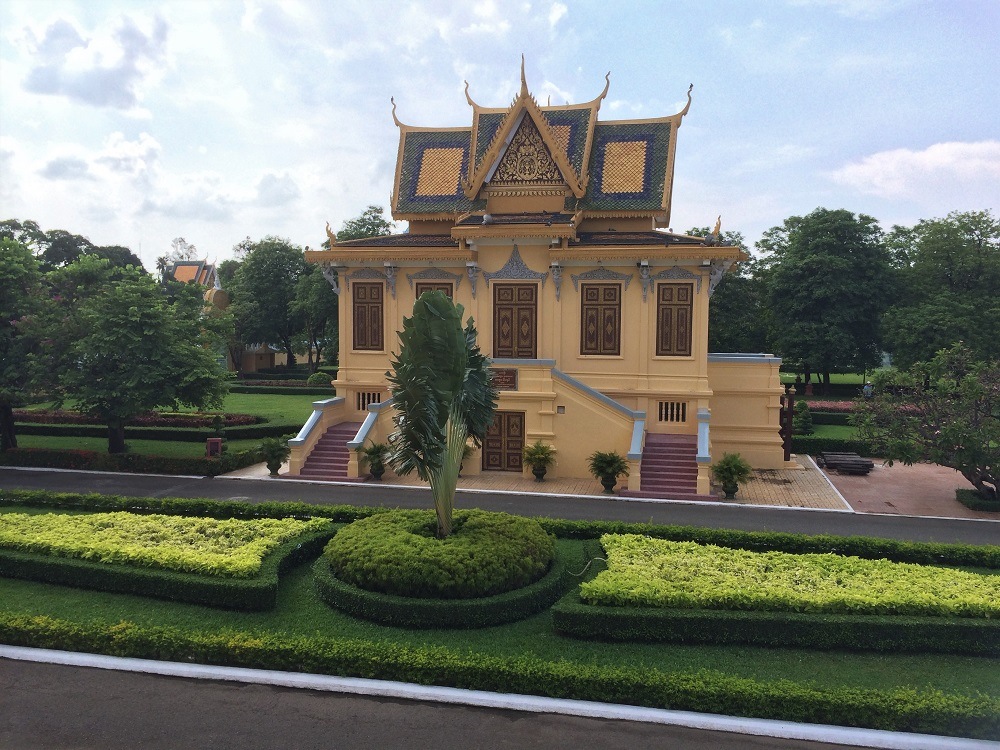 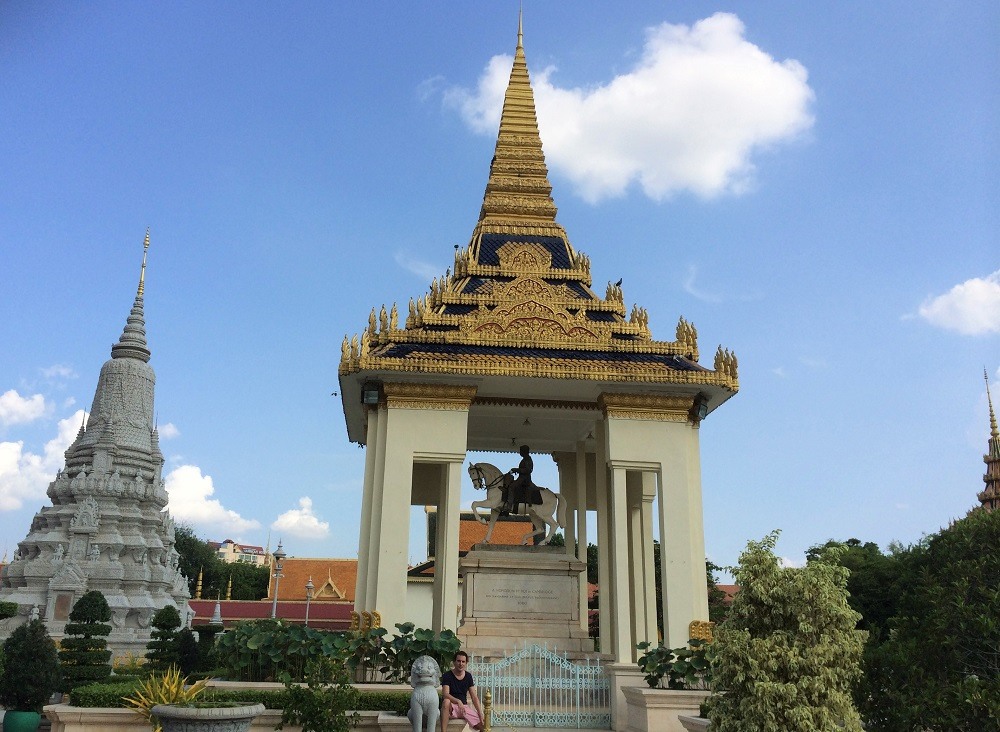 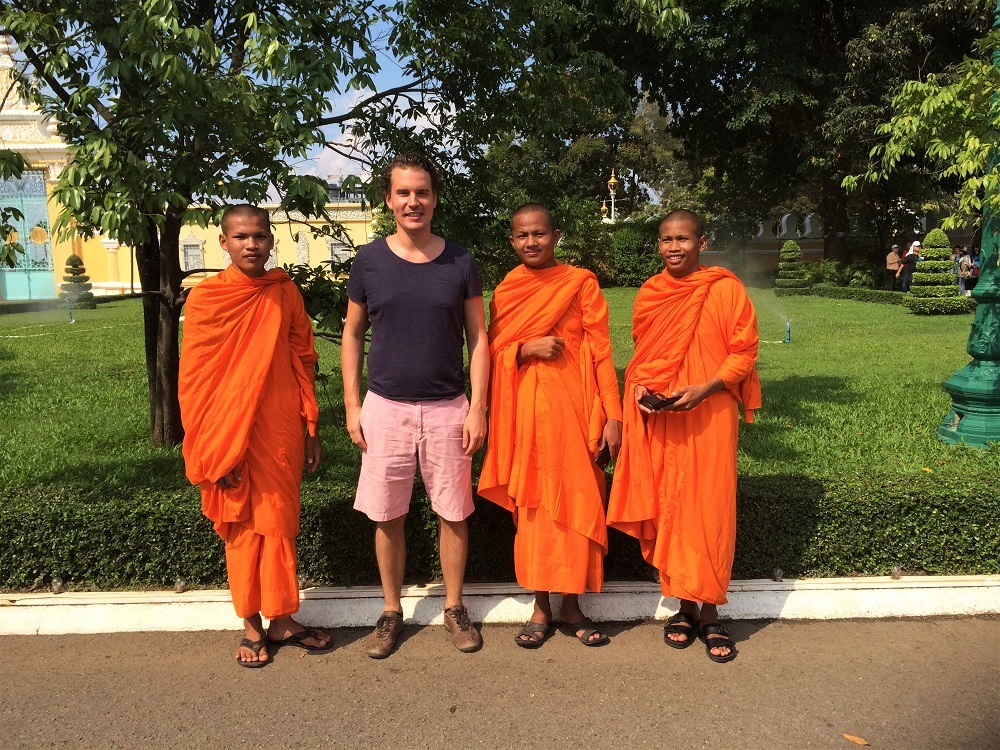 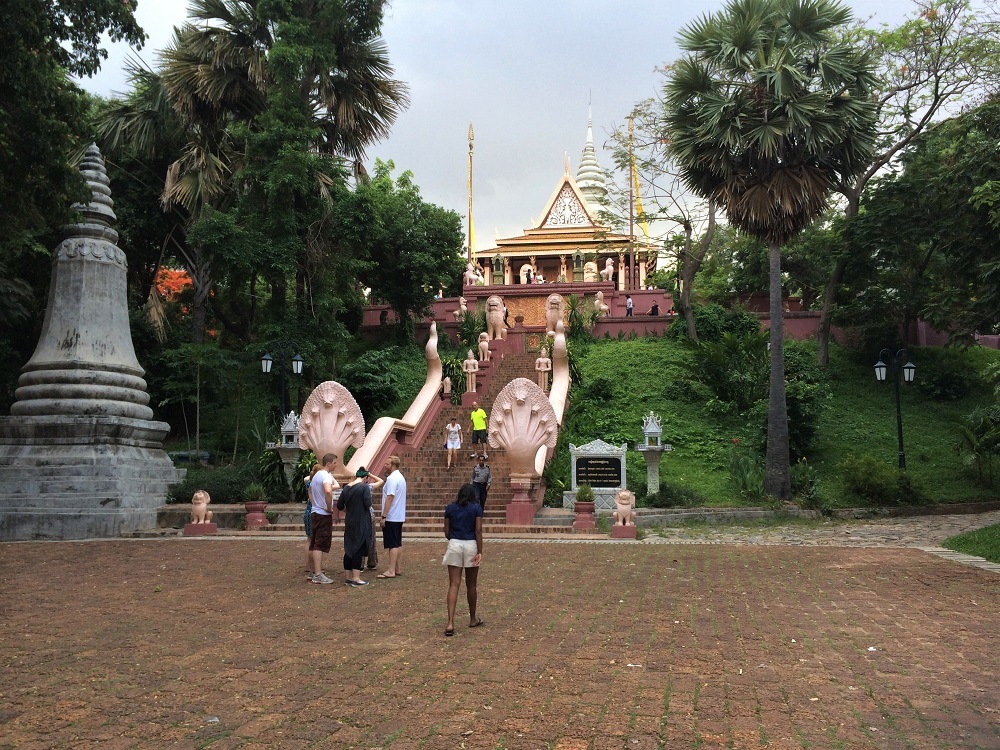 As already mentioned, the resilience and forward-looking mindset of this city (and country) are just amazing! Nowadays Phnom Penh is dotted by hip hotels, restaurants, bars and cafes! Do check these out during your evenings! As an example we stayed in a nice boutique hotel, with a rooftop pool, overlooking the city!… 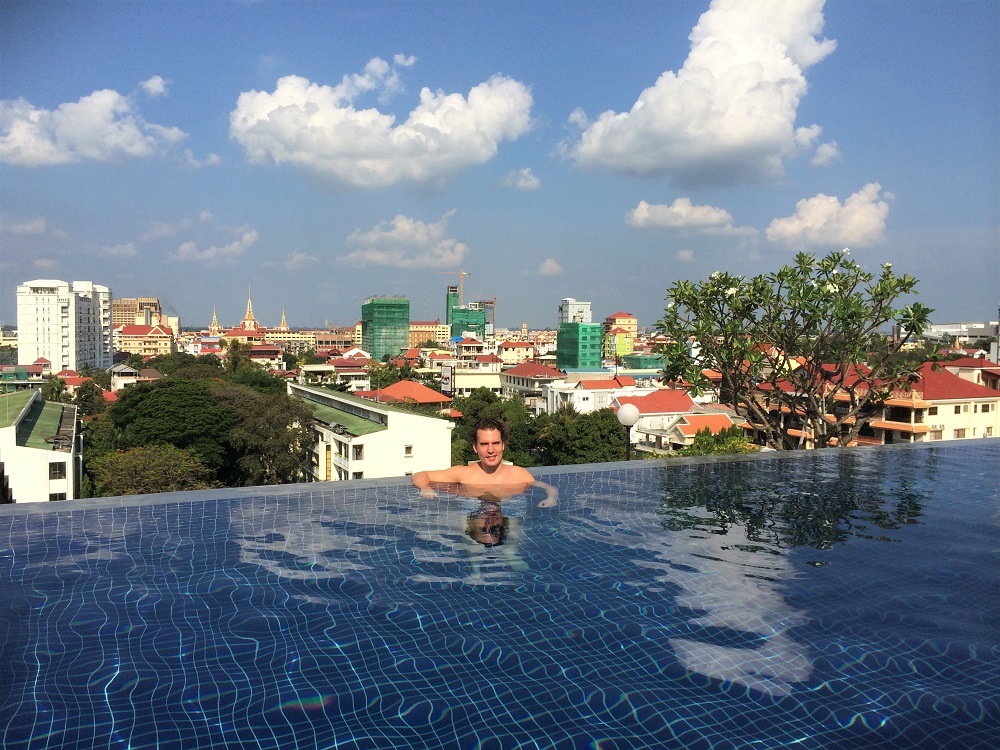 Excited about Cambodia? Do check out my tips for its main site! Angkor Wat!…

Curios on other Ghost around the Globe tips & Tricks in South East Asia? What about Vietnam, follow my ultimate itinerary starting in Hanoi? Or explore Bangkok!