What to do in Paraguay? Well compared to its surrounding countries, not too much! This is a reason why Paraguay is often skipped by many tourists… Here I will share some sights and activities to make your visit worthwhile!

Asuncion is the capital of Paraguay, and although it will not win the beauty contest compared to Buenos Aires, its old city centre certainly has some beautiful colonial buildings and parks. Examples are National Pantheon of the Heroes, Plaza Republica, Plaza De Los Desaparecidos. 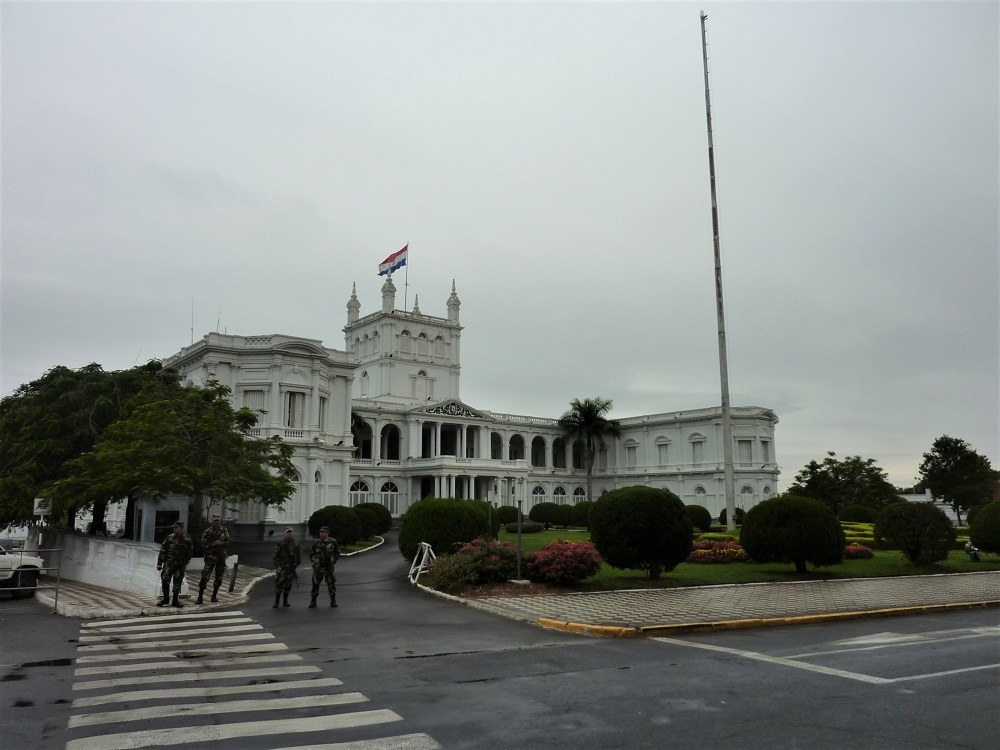 Top Tip: when planning a walking tour through the city, try to avoid doing this on a Sunday. (As during this day it will be very silent on the streets, which makes it less fun, but also less safe)

Paraguay has more similarities to Peru and Bolivia than to Brazil and Argentina. This also means food and accommodation come cheap. This is a great way to “splurge” in luxury. As here you can go for that 3-course luxury dinner and order that extra bottle of wine, without worrying about the bill! 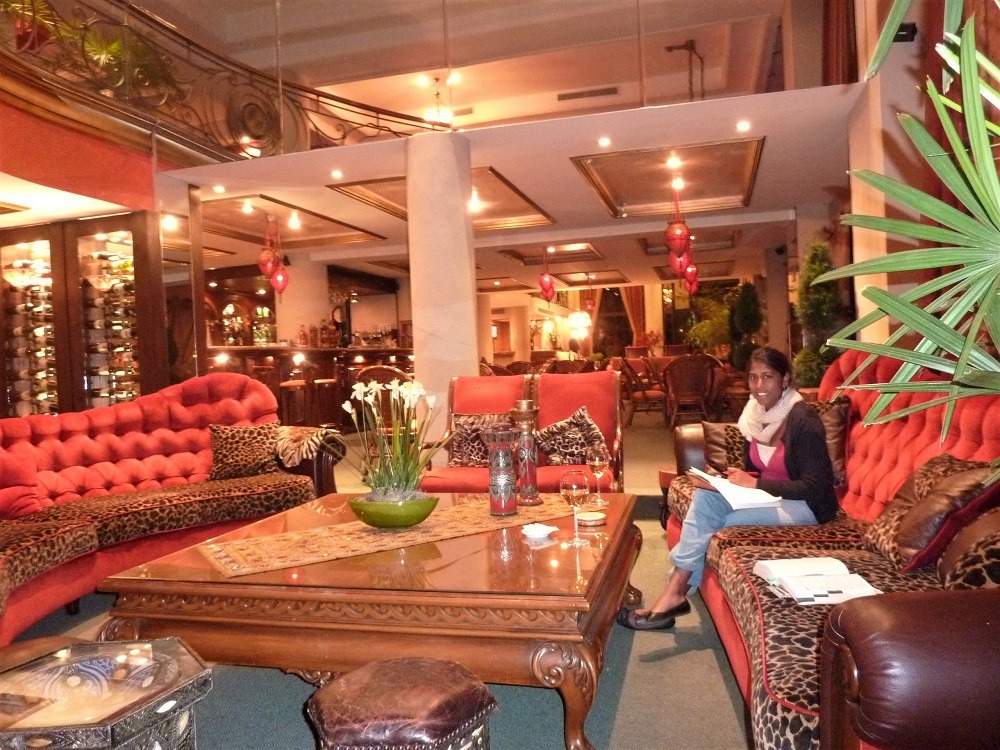 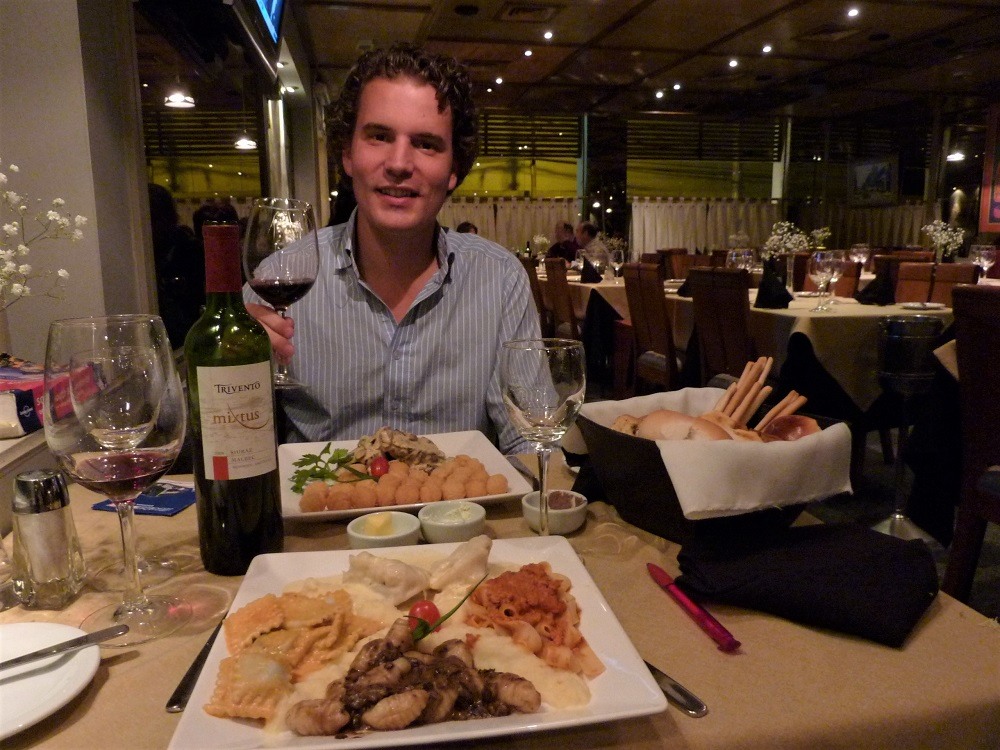 Make friends during a football match

One thing that Paraguayans (but actually all South Americans) are crazy about is football! What better way to interact with the friendly population than during events they like the most? We were in Paraguay during the World Cup and celebrated a win of Paraguay, what better timing!? Perhaps a good way of experiencing the football craze is to check with your hotel if there any local games you could attend! 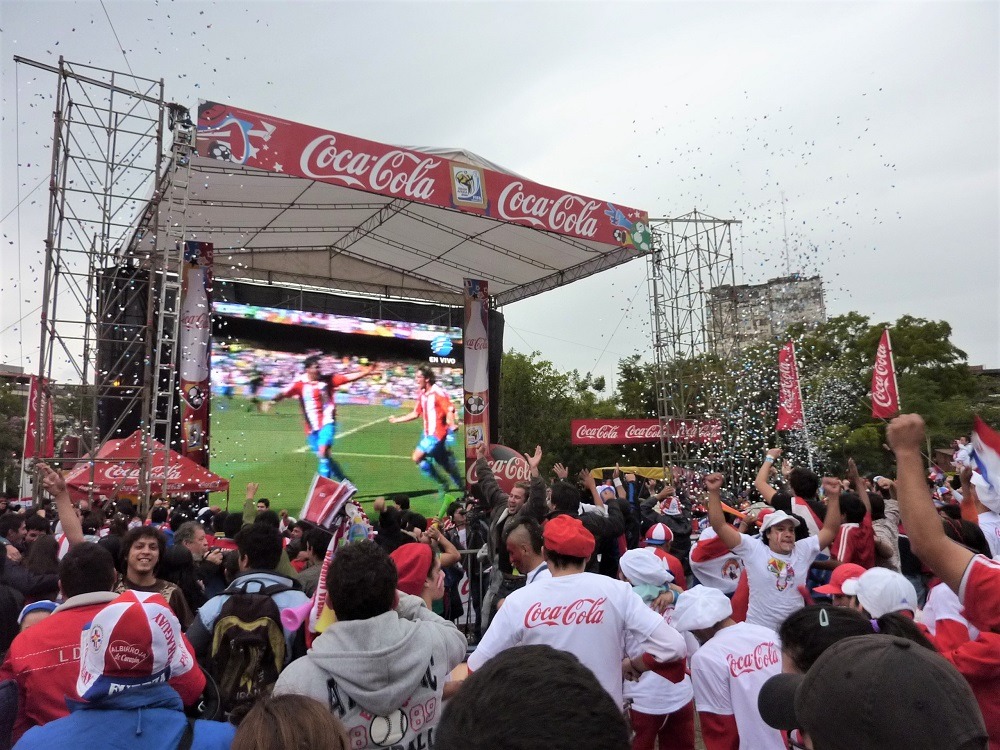 Perhaps not the nicest destination within South America but this is the best place for bargain hunting. Ciudad del Este is the third largest free zone in the world (only following Miami and Hong Kong). This place is bustling with activity, especially compared to Paraguay’s countryside which comprises most of your journey from Asuncion. Many people seemingly take advantage of the price differences with the Brazilian and Argentinean side of the border.

We merely drove through this large city when travelling onwards to Foz Iguazu, Brazil, but as with many border towns around the world, you definitely will feel the dodgy “border town vibe” here.

Be aware of the Friendship Bridge

Whatever you do, do NOT cross the Friendship Bridge (border with Brazil) by foot. Unlike the friendly sounding name, this is an ideal piece of no man’s land to mug the occasional passing tourist. As you may have already guessed, we did cross it on foot, despite reading the warnings in various guidebooks.

When taking a minibus, the driver drops you at the border patrol station to get your passport stamped. However, it will not wait for you but drives onwards with the local passengers. Given the busy traffic on the bridge, we hoped to catch up but did, unfortunately, did not succeed! This meant we ended up walking down the bridge, where we were a very easy target for anyone that wants to do you harm. You simply have nowhere to go. Jumping the high bridge is certainly no option and the pedestrian walkway is almost entirely fenced off from the driveway…

Top Tip: Luckily we were not harmed, but we certainly kept an eye on the dodgy individuals in front and behind us. So definitely make clear agreements with any minivan driver or taxi driver to stop and wait for you at the border to get your formalities in place.

Paraguay is one of the less visited countries of South America, compared to its neighbours it does not have flashy sights. However, it is certainly worth to visit for a few days as part of a larger itinerary!… Do combine it with Bolivia to the North West, Argentina to the South or Brazil to the East…